Home » Space-based solar farms could power up ‘within a decade’

Space-based solar farms could power up ‘within a decade’ 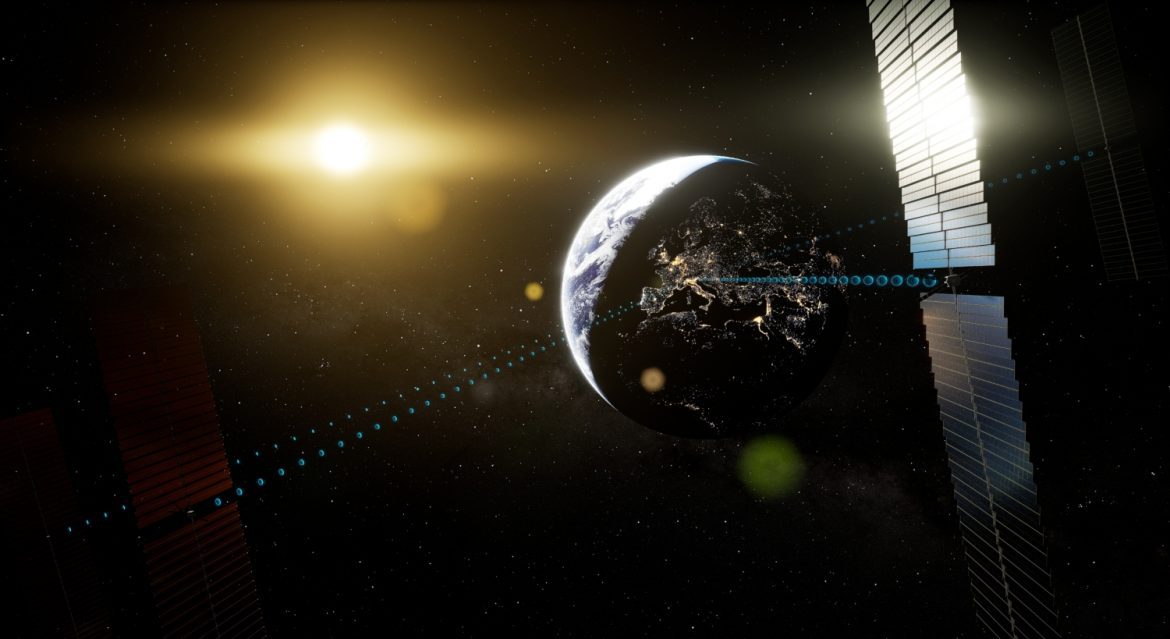 Dubbed Solaris, the initiative aims to lay the groundwork for the development of giant solar farms in orbit, each able to generate the same amount of electricity as a power station.

It is an exploratory step, says the ESA, that would mainly involve a series of feasibility studies and R&D activities.

The overall goal of Solaris is to determine whether Space-Based Solar Power (SBSP) is technologically and economically viable, and whether it could make a meaningful contribution to Europe’s energy needs and net zero goals.

While SBSP is not a novel idea, the Solaris initiative would be the first to pose a practical way to achieve it.

The Sun’s energy can be collected much more efficiently in space because there is neither night nor clouds.

Harnessing this energy has always been impractical due to exorbitant costs and technological limitations.

However, falling costs of solar power and space exploration, and an urgency to find new renewable energy solutions, is pushing SBSP out of the realm of science fiction.

A key focus of the Solaris programme is to establish whether it is possible to wirelessly transfer solar energy collected in space to electricity grids on Earth using microwaves.

Solaris engineers have already tested the concept, successfully sending 2 KW of power collected from solar cells wirelessly to collectors more than 30 metres away at an aerospace firm Airbus demonstration in Munich this past September.

The next big step up would be to send gigawatts of power over thousands of miles. According to Jean Dominique Coste, a senior manager for Airbus’s blue sky division, that could be achieved in a series of small steps.

“Our team of scientists have found no technical show-stoppers to prevent us from having space-based solar power,” he said.

Solaris is one of several proposals put forward this week (22 and 23 November) at the ESA’s Council meeting in Paris, where all member state representatives met to discuss further investments in the European space industry.

€244m (£210m) of this was set aside for ESA’s General Support Technology Programme (GSTP), under which the Solaris programme falls.

How much of this will be invested in Solaris has not been decided yet and will be discussed by the members in the beginning of December, a ESA spokesperson told Build in Digital.

A UK government assessment, independent of the ESA plan, recently reported that having a satellite capable of producing the same amount of electricity as a power station of around 2 GW might be possible by 2040.

But ESA’s Dr Sanjay Vijendran, who is the scientist leading the Solaris initiative, believes that with the right investment and political backing SBSP could be a reality “within a decade”.

Space Solar, a company operating in the UK separately from the ESA, has also come up with a proposal that aims to beam power from space within the upcoming six years as well as commercially within nine.

The US, China, and Japan have also joined the race to develop space-based solar power now, too, and are expected to announce their own, individual plans shortly.