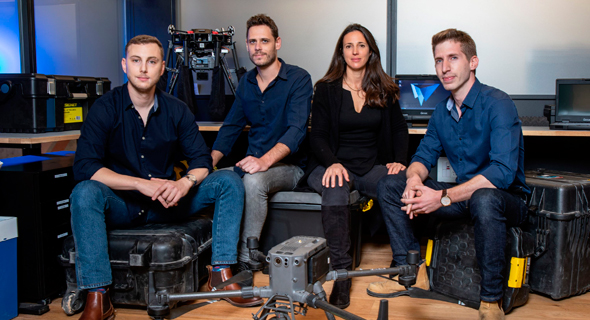 Israeli startup Exodigo, which has developed a non-intrusive subterranean mapping platform, announced on today that it has raised $29m (£21.2m) in a seed funding round led by Zeev Ventures and 10D Ventures.

SquarePeg Capital and JIBE Ventures also participated in the round, as did strategic industry leaders Tidhar Construction, Israel Canada, and WXG Ltd.

The funding coincides with the official launch of the company. Its platform is now commercially available to construction, mining, and utility firms in the U.S. and Israel.

Exodigo aims to avoid expensive, environmental damaging and often unnecessary excavations and drilling with a unique multi-sensor system carried by drones and small carts that perform 3D subsurface imaging, then use artificial intelligence to map what lies beneath the ground.

The company says its system relies on a combination of magnetic, electromagnetic, gravitation, hyper-spectral, radar, lidar, and seismic sensors. It claims it’s so accurate that it completely eliminates the need for exploratory excavation, de-risking the discovery process for multiple industries.

Exodigo said it is set to commence pilot projects in California, Florida, and Texas in the coming weeks. The company plans to use the funding to accelerate its expansion, with a focus on building a California-based team to support the commercial rollout in the United States.

Exodigo was founded by CEO Jeremy Suard, CPO Yogev Shifman, and CTO Ido Gonen. All three are fresh alumni of Israeli Defence Force (IDF) intelligence units 8200 and 81, completing their military service just over a year ago.

Jeremy Suard, co-founder and CEO of Exodigo, commented: “It is time to end the era of blind digs. Exodigo gives companies an accurate, easy-to-understand map of what lies beneath the surface – empowering their teams to save time, money, and lives.

“Think of it like combining the scanning power of an MRI, CT scan and ultrasound all into one image of what is beneath the ground.

“While most of us would think the underground might be quiet, it is actually the noisiest, and therefore one of the most complicated, frontiers for imaging.

“All the signals that are affected by the underground suffer from a major dynamic range, highly noisy environments and completely different normalisations. Successfully combining all those signals into one single matrix has never been done before, but that is exactly what the Exodigo team has achieved.”

“Exodigo is the future of underground mapping. Led by a team with unequaled experience, Exodigo will solve costly, and at times devastatingly catastrophic, problems that have plagued developers and engineers for decades.”