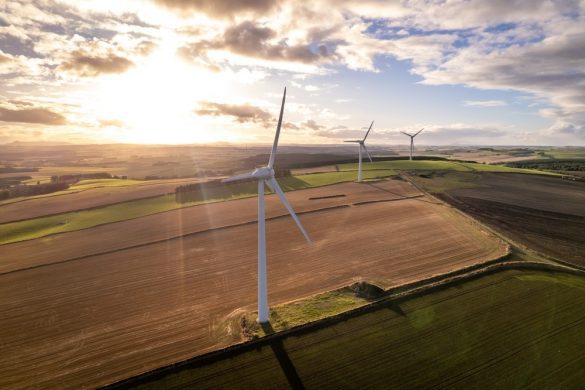 A consultation to discuss the matter will be launched shortly and the National Planning Policy Framework is to be updated next year.

The sudden change of heart comes from mounting pressure from within his own party, Financial Times reports.

Sunak had angered dozens of Conservative backbenchers after he vowed to block new wind farms in the English countryside within days of taking office, reversing a decision by his predecessor, Liz Truss, to liberalise the system.

On Tuesday evening, Sunak said the government would consult on changes to the national planning policy to head off a potential rebellion by his own MPs, including Truss, Financial Times reports.

Under existing rules, an onshore wind farm can be blocked if there is a single local objection to the scheme. Former prime minister David Cameron brought in the de facto onshore wind ban in 2015.

Proponents say that onshore wind provides a cheap, renewable source of electricity while others, including some from within the Conservative party, argue that wind turbines are unsightly and only provide intermittent power.

“Creating a level playing-field for onshore wind will boost our energy security while ensuring there is local support for new projects, and we look forward to working with Government and communities on the detail of a new approach,” he said.

“Backing onshore wind is one of the best solutions to the energy crisis, as projects can be up and running within a year of getting planning permission.

“Growing the UK’s onshore wind capacity could add £45bn to our economy, grow our domestic renewable supply chain and support the competitiveness of British business”.

Vattenfall’s head of UK onshore development Frank Elsworth added: “If this is a genuine move which will put onshore wind on a level playing field with other infrastructure in England, it will send a very positive signal that the Government is serious about harnessing the benefits which onshore development can unleash for the environment , the economy, and communities.

“Vattenfall’s experience in England, Wales and Scotland has shown that people respond positively when they see the benefits which development brings in the form of investment, jobs, and support for local businesses.

“There doesn’t need to be a one-size-fits-all approach to community engagement – the most successful projects are those that enable communities to help shape the way the wind farm will benefit the surrounding area.”