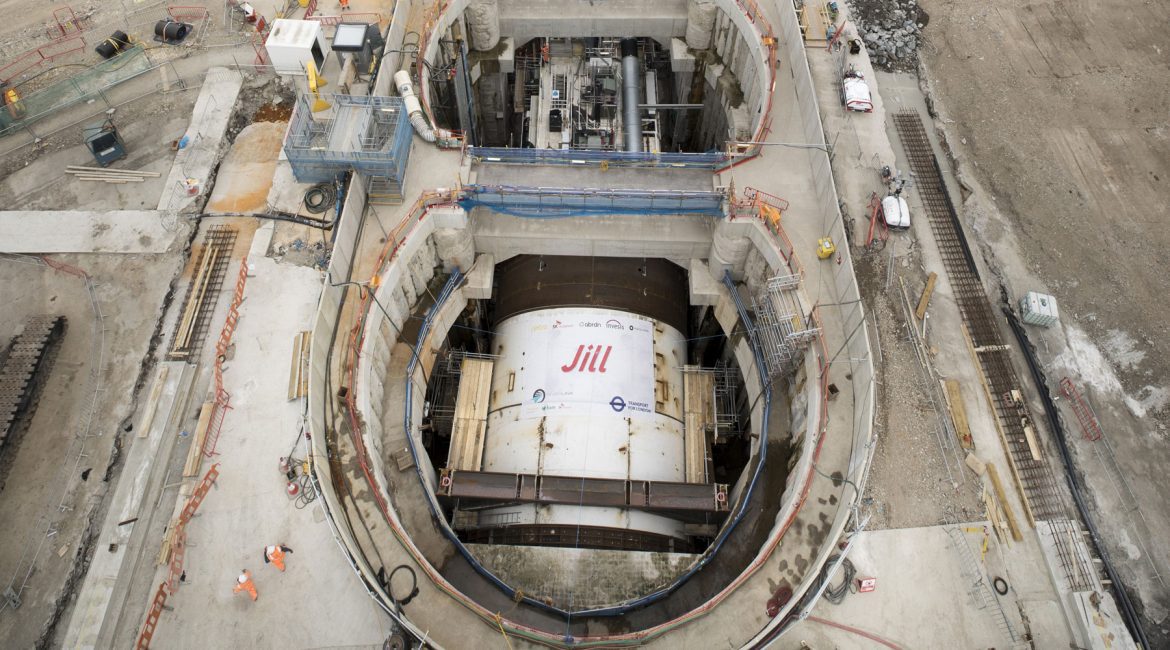 The tunnel boring machine (TBM) ‘Jill’ has been launched on the Silvertown Tunnel project in east London.

The project is being undertaken by the Riverlinx consortium, comprising abrdn, Invesis, Cintra, Macquarie Capital and SK ecoplant.

Transport for London (TfL) originally awarded the consortium a design, build, finance, operate and maintain contract, valued at approximately £600m. Since then, costs have risen to a reported £1.2bn.

The 1.4km road tunnel will run beneath the river Thames, connecting the boroughs of Newham and Greenwich, improving north-south links in an attempt to reduce congestion at the 125-year-old Blackwall Tunnel.

Construction work began in 2020, including the excavation of a launch chamber for the TBM and areas around the tunnel entrances, constructed using a ‘cut and cover’ technique.

The twin bores of the tunnel will be constructed by the same TBM – an 82m-long machine with an 11.91m cutter face.

The TBM is expected to progress south at around 10m per day, turning around after the completion of the first bore and returning to the northern entrance.

Some 600,000 tonnes of material will be excavated from the site during the construction process.

The construction team will load the material onto barges, which will deliver it to a former landfill site as part of a restoration scheme.

TfL says the use of barges will remove at least 18,000 lorries from the road.

Helen Wright, head of the Silvertown Tunnel programme at Transport for London, said: “The start of tunnelling is a huge step forward for this project and we are committed to working hard to ensure that it is delivered with minimal impact to Londoners.

“As well as reducing congestion and providing better cross-river bus opportunities, the new tunnel will also help deliver a wide range of local improvements, including dedicated walking and cycling infrastructure and new landscaping.”

Juan Angel Martinez, project director at Riverlinx, said: “This really is a terrific achievement which has only been made possible by the excellent effort and collaboration of everyone involved.

“I’m very proud of everything this project and our team is delivering, knowing how important it is to us and our supply chain to deliver the programme safely and responsibly, providing sustainable opportunities, career growth and benefits to the local communities and our people. Jill’s journey is an excellent milestone to celebrate.”