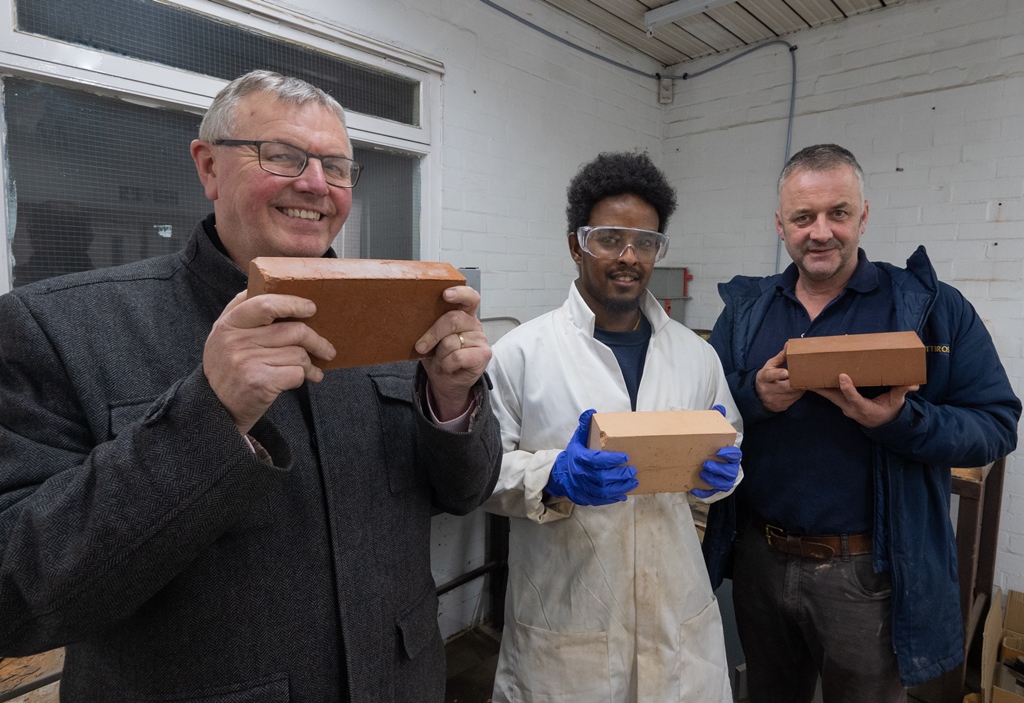 Currently the clay, known as filter cake, is virtually worthless and is used as BS-certified pond lining clay or inert engineering fill.

The business has long been searching for a practical use for the clay material produced after recycling construction spoil in its £1m wash plant.

Scott Bros set up its own laboratory earlier this year and employed Shifa, a Teesside University graduate, as its recycling innovation engineer.

Feysal Shifa said: “While we need to carry out further research to perfect this recycled brick – a first of its kind – it represents a real breakthrough which could have far-reaching consequences as this country transitions to a net zero future.”

Bob Borthwick, a director at Scott Bros, said: “A number of organisations around the world have been trying to perfect a cementitious product that can be made into a brick – but it is Scott Bros that has made the breakthrough right here on Teesside.

“If we can now lower the production cost, this could create jobs as well as a whole new revenue stream. To have even produced a protype brick is an amazing achievement.

“We have already been contacted by a major UK house-builder which is keen to trial our bricks, along with a company in Australia. These recycled bricks could be a real game-changer for the circular economy as well as the UK construction industry, helping reduce this country’s carbon footprint.”