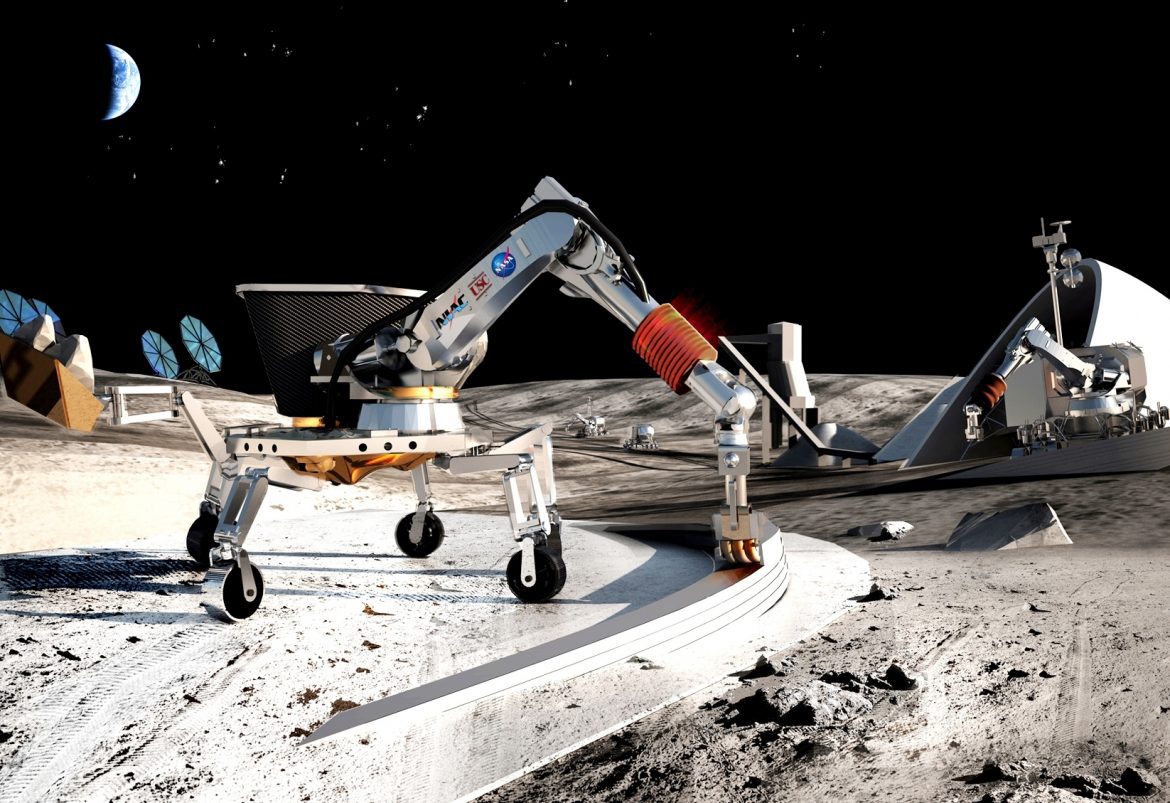 In a new publication from The University of Manchester, On Space, researchers have called for a more sustainable approach to the UK’s National Space Strategy in general, and lunar construction more specifically.

Dr Aled Roberts explains one of the biggest challenges for off-world habitat construction is the transportation of building materials, which can cost upwards of £1m per brick.

A solution could be that ‘local’ resources, such as Lunar or Martian soil, are used to make building materials, say the researchers.

AstroCrete, researched at The University of Manchester, is a material is made from bio-based materials and the local planetary soil to make sturdy bricks that can be used to build space habitats.

On the use of this technology on Earth, Aled said: “Given that the construction sector accounts for 39% of anthropogenic CO2 emissions, any relatively green construction material technology developed for off-world habitats could be employed as a sustainable alternative on Earth.”

In On Space, experts ask policymakers to consider space debris, satellite orbits, and the investment needed to roll out sustainable space technology on Earth.

Researchers also stress the need to take care of space, particularly around the Earth’s orbit. Of the 23,000 objects regularly being tracked in orbit by radar, around 15% are active satellites, the rest is space debris.

As more commercial satellites are launched, such as SpaceX’s Starlink satellite cluster, the potential for space debris increases, the report said.

Dr Peter Roberts argues that one way to combat the problem of space debris is to coordinate international space policymakers to agree to prioritise the use of Very Low Earth Orbits (VELO) for commercial operations to lessen humanity’s impact on the space environment.

Higher level orbits should be reserved for science, crewed activities, and space exploration, he said.

Professor Emma Bunce, President of the Royal Astronomical Society, added: “It is exciting to contemplate the future of the UK space sector, our use of space for the good of our planet, and its robotic and human exploration more widely.

“The ‘space age’ is still relatively young – just 60 years – but it is clear that our future and that of our planet will be reliant on space technology and the application of space-enabled data.”

As well as sustainability, On Space advocates for the use of advanced materials, such as graphene, in UK space technology, support for research and development into emerging space technologies in the UK, and prioritising international collaborations in UK and international space policy.

Read next: Barcelona is developing a digital twin of itself using a giant supercomputer