Home » These are the world’s top 10 best new skyscrapers

These are the world’s top 10 best new skyscrapers 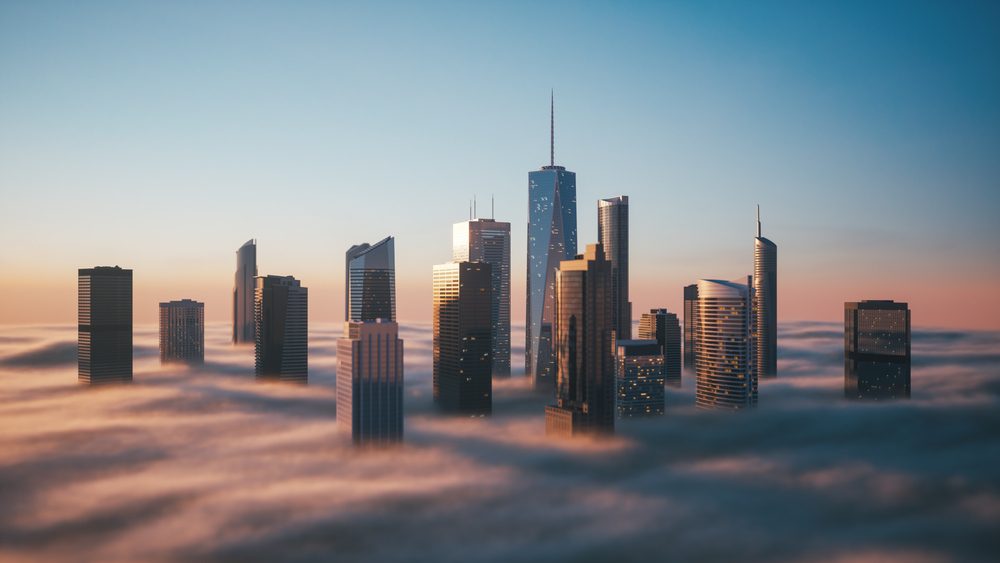 The winners of the Emporis Skyscraper Award, one of the world’s most prestigious prizes for high-rise architecture, have been unveiled.

The winners were selected by an international panel of experts from a worldwide pool of more than 600 eligible skyscrapers, which were completed in the previous calendar year and are at least 100 metres tall.

The high-rise buildings were judged on their sustainability, innovation and unique design characteristics.

Taking the top spot is the Valley in Amsterdam, designed by Dutch architecture studio MVRDV.

Valley is a mixed-use building complex with three towers and a unique design inspired by mountain sides and valleys.

The jury was particularly impressed by the skyscraper’s “extraordinary and innovative architectural design”.

The project scored further points for using a plethora of environmentally friendly technologies, with the rugged edges of the building to be planted with 13,000 different plants and trees.

Over the next few years, Valley will gradually become greener and reach its final appearance.

With a total height of 435 metres, the residential tower is currently the 3rd tallest building in New York City.

It is also the thinnest skyscraper in the world with a spectacular width-to-height ratio of only 1:24.

The jury especially pointed out its elegant, and at the same time dramatic, shape which makes the skyscraper a “modern masterpiece that adds a new landmark to Manhattan’s famous skyline.”

In third place is NV Tower, a office block designed by A&A Architects and located in Sofia, Bulgaria.

The building showcases elements reminiscent of natural crystals and mountains and as part of this theme, each floor of the building is named after its own crystal and designed in the crystal’s respective colours.

It’s developers had the vision to make NV Tower the greenest building in the capital, setting “new standards of comfort, functionality and ergonomics in the urban life.”

The Antares tower contains 88 high-end apartments and is situated in a seaside location at the beginning of the city’s Avinguda Diagonal, next to the Telefonica tower designed by EMBA (pictured right).

Studio Odile Decq won an invited competition in 2015 to design the building, which had already been partly constructed prior to the financial crisis of 2008.

The tower offers residential units, gardens, and various amenities such as a wellness area, staff quarters, underground parking, a hammam, a gym and a yoga centre.

Working within constraints imposed by the existing structure and strict building codes, the Paris-based architecture office proposed a landmark structure that recalls the organic shapes of some of Barcelona’s best-known buildings.

Built as the headquarters for South Korean conglomerate the Doosan Corporation, the 130-metre-high tower stands beside the Gyeongbu Expressway, a major artery leading into the capital.

In total, the building contains 83,000 square meters of office space along with an auditorium, employee daycare, fitness centre, cafe and museum dedicated to Doosan’s history.

The podium of the skyscraper is covered with a kinetic “Dragon Skin” façade consisting of thousands of movable tiles.

The building is BREEAM ‘Outstanding’ certified.

Premier Tower is mixed-use skyscraper on the corner of Bourke Street and Spencer Street, in Melbourne, Australia.

It features a distinctive wave-like curve design and comprises a mixture of apartments, hotel, guest and resident recreational spaces and street-level cafes and retail units.

The building’s structural engineering was led by WSP and the main contractor for the project was Multiplex.

Also known as Queens Plaza Park, the 67-story tower was designed by Handel Architects for The Durst Organization and offers a total of 958 rental units. Three hundred units are set aside as affordable housing.

It now stands as the second tallest building in Queens.

One Park Drive is a residential skyscraper situated in the south west corner of Wood Wharf, within the Canary Wharf development on the Isle of Dogs, London.

The building was designed by Herzog & de Meuron, is cylindrical in shape, and with 58-storeys comprising 471 private residential apartments.

Designed by UK-based WilkinsonEyre Architects with Toronto’s Adamson Associates, the CIBC Suare complex will consist of a matched pair of towers – turned at near 90-degree angles to each other. The first of which, the south tower, recently began to welcome tenants.

With four buildings in the top 5 only reaching up to around the 100-meter mark, this year’s result is a clear indicator that criteria such as sustainability, innovation and a clever design play a much more important role in the future of skyscrapers than simply chasing new superlatives.

Daniel Schuldt, senior manager at Emporis, said: “The jury focuses on many other qualities than just building higher and bigger.

“Over the last years we have seen a significant shift in how skyscrapers are designed, constructed as well as perceived by the public and we continue to be very excited about what the future will hold for skyscraper architecture.”

Read next: The sky’s the limit: Five uber-tall high-rises under construction in the UK