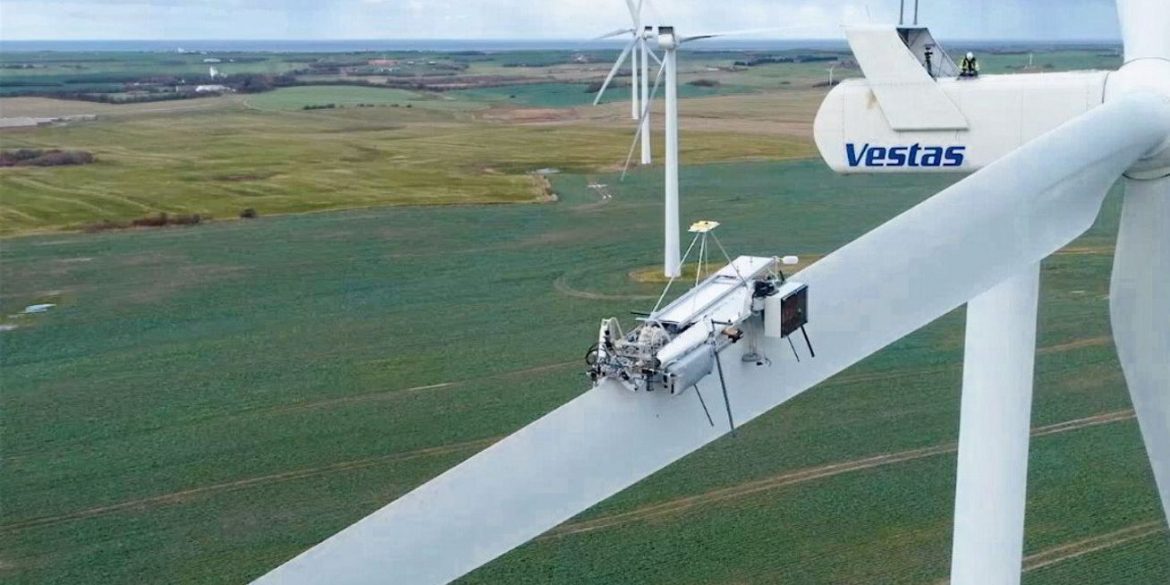 Renewable energy giant Vestas has branched out into robotics with the launch of a new standalone business called BladeRobots.

Incubated at Vestas, the company has been set up to rollout a robotic technology that automates wind turbine blade edge maintenance.

The ‘highly efficient and scalable solution’ is said to be up to four times faster than conventional manual methods, according to Vestas.

The robotic solution also leverages artificial intelligence to quickly adapt to all blade types in the industry.

He said: “Wind energy will play an increasingly central role in the global energy system, and it is key that we deliver optimal efficiency throughout the operational life of wind turbines.

“With BladeRobots’automised robotic solution, the wind industry has a new effective and scalable solution to improve wind turbine performance.”

BladeRobots has secured a first round of funding from Skagen Blade Technology ApS, a Danish-based wind turbine service provider who becomes minority shareholder.

Vestas Ventures, the corporate venture capital arm of Vestas, will have a majority ownership share of the company.