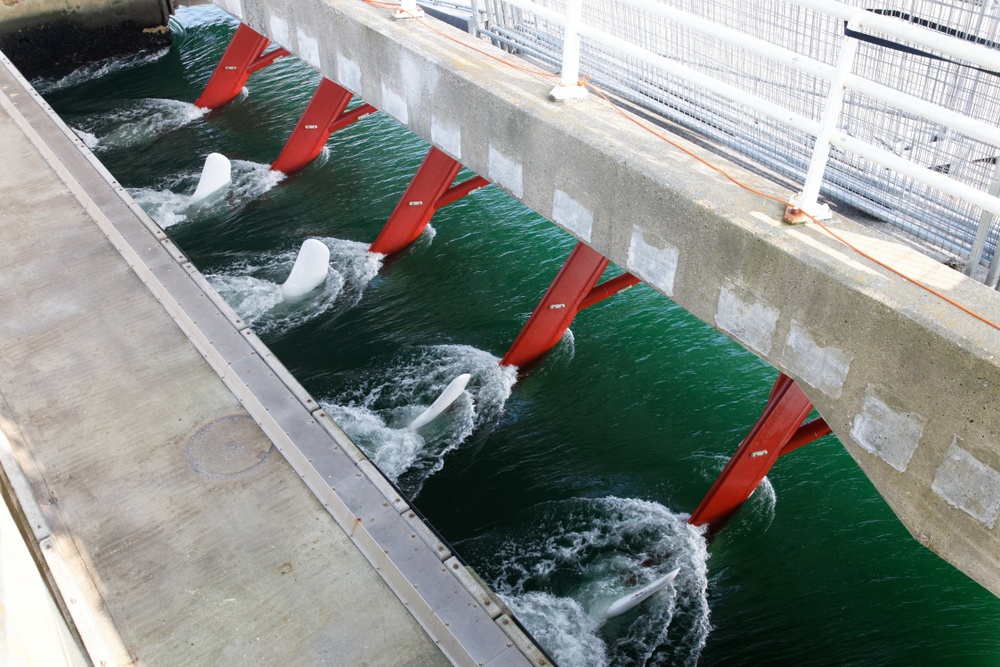 An international consortium has unveiled a tidal energy mega-project which looks to create thousands of jobs and place Wales at the forefront of global renewable energy innovation.

The ambitious project proposed for Swansea’s waterfront will include a newly-designed tidal lagoon, featuring underwater turbines generating 320 megawatts from a 9.5km structure.

The lagoon is part of the larger proposed £1.7bn Blue Eden project that’s being led by Bridgend-based DST Innovations and a number of business partners, with support from Swansea Council and Associated British Ports.

Blue Eden will be sited along an extensive area of land and water, south of the Prince of Wales Dock.

It will also feature 1,500 waterfront homes and 150 floating homes in the bay as well as a 72,000 sq. metre floating solar array, a large battery storage facility, a data hub, and an oceanic and climate change research centre.

Made possible by private sector funding, the Blue Eden project will be delivered in three phases over 12 years.

All the project’s buildings and facilities, including the eco-homes, will be situated alongside the lagoon.

Renewable energy produced on site will power the entire Blue Eden development, including businesses and homes.

As a result, each home will have up to 20 years’ renewable energy and heat provision included in the purchase price.

Tony Miles, co-founder and chief executive of DST Innovations, said: “Blue Eden is an opportunity to create a template for the world to follow – utilising renewable energy and maximising new technologies and thinking to develop not only a place to live and work, but also to thrive.”

The project has been developed following discussions based on a vision put forward by a regional consortium led by Swansea Council.

“I’m delighted that an international consortium led by a Welsh company has developed our Dragon Energy Island vision into a ground-breaking project that delivers so many benefits and builds on the council’s ambition to become a net zero city by 2050.

“This project truly is a game-changer for Swansea, its economy and renewable energy in the UK, and crucially it can be delivered without the need for government subsidies.”

Andrew Harston, Director of Wales and Short Sea Ports for ABP, said: “We are engaged in discussions around the Blue Eden project which could deliver renewable energy, new homes and skilled jobs. This innovative prototype has the potential to be a first for the UK and bring Britain closer to our net zero target.”

Subject to planning consent, construction of Blue Eden could start by early 2023.