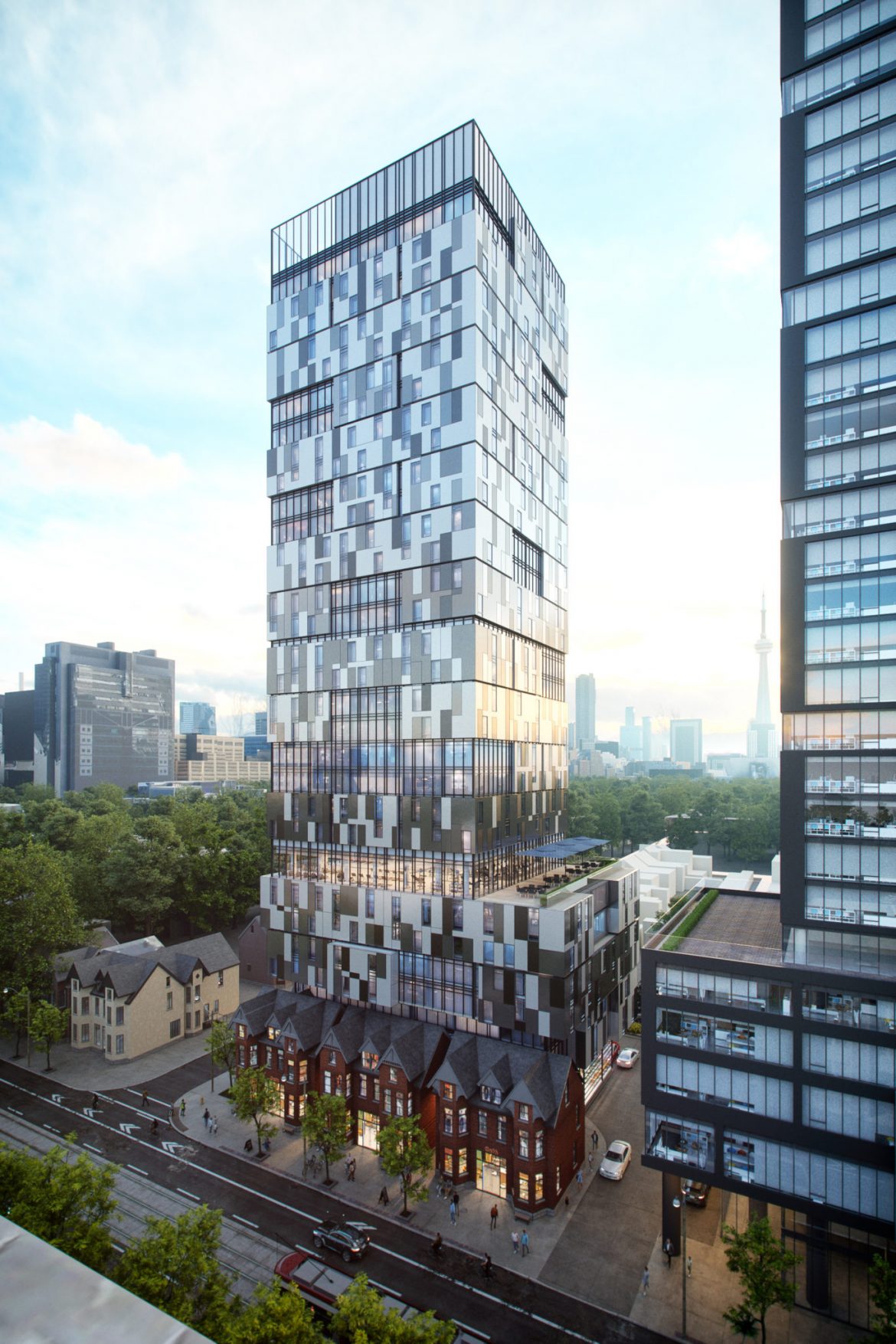 Canadian firm Icon Architects has released its design for a 31-storey tower in downtown Toronto that, if completed, will be the tallest mass-timber structure in North America.

If approved, the 90 metre tower also stands a chance of being the tallest timber tower in the world, a record recently awarded to the Ascent building in Milwaukee which stands at 86.6 metres.

One thing standing in the way of the development is the fact that current regulations in Ontario only allow for timber buildings up to 12 storeys in height. Yet, if the Ascent in Milwaukee is anything to go by, which was approved despite overshooting local regulations by over 10 metres, the Toronto tower stands a good chance of getting the go ahead.

Icon Architects and developer Unix are currently working with the Canadian Wood Council and its taller-timber promotion programme, Wood WORKS! Ontario, to prepare the case for exemption from Ontario’s 12-storey limit.

Planned as a residential tower, the studio will use cross-laminated timber (CLT) as the material for the tower’s floors and for some of its walls.

If completed, the structure will have 230,000 square feet (21,368 square metres) of residential space spread across the public spaces and 494 residential units.

Icon Architects principal Reza Eslami said that the decision to create a mass-timber project came from the clients’ desire to make the structure sustainable, despite the construction method being more expensive than concrete.

“Running the cost estimates, the structure that we are after has proved to be more expensive than the conventional concrete structure, but then being the tallest timber tower in Canada and (so far) in the world had its winning charm,” he said.

Plans for at least two taller timber towers have been announced in the last two years, including a 100-metre-tall tower designed by Schmidt Hammer Lassen to be built in Switzerland.

In 2021, New York City approved the construction of mass-timber structures up to 25.9 metres tall.