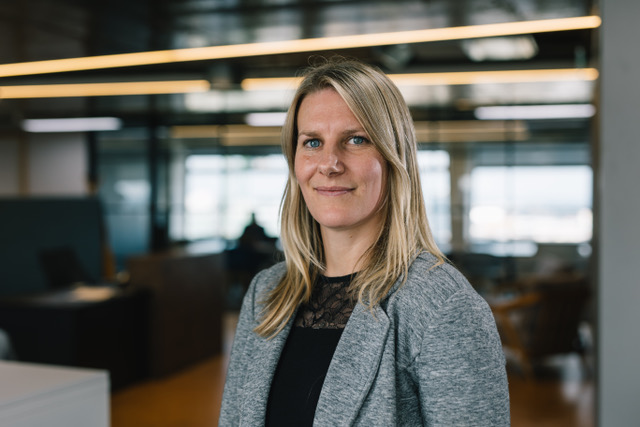 Corstorphine & Wright has appointed Suzanne Ross to the newly created role of head of Operations.

Formerly practice manager at the firm, Ross will now oversee the operational performance of its 10 studios throughout the UK.

She will be responsible for driving operational excellence across the UK-wide organisation, including management of the Studio Coordination Team.

Working closely with the board of directors, the firm says Ross will assume responsibility for practice performance and drive effective, best practice project management.

She will also be responsible for fostering an internal culture of equality and inclusion.

The promotion confirms Ross as the first woman to oversee operations practice-wide.

Corstorphine & Wright says the move is an “important progression” in the architecture, engineering, and construction (AEC) industry, which can often be viewed as a male-dominated environment.

Commenting on Ross’ appointment, group director Simon Jones said: “Corstorphine & Wright is excited to be a part of this move towards change, which is important both for the practice and for the industry in general.

“We are deeply invested in our continuous improvement plans, both from an overarching practice perspective and a people point of view.

“With a strong focus on internal development, we actively encourage personal development across all specialisms as well as facilitating mentorships both internally and externally.

“These important approaches to development have helped to further the skills of our teams, and Suzanne is a prime example, having developed from an office manager when she first joined us, to this senior level position.

“Suzanne is indeed an asset to Corstorphine & Wright.”

Ross said: “Progression such as this really speaks to the culture at Corstorphine & Wright – if you have the passion and the dedication, the company funnels the same back to you.

“I’ve had the opportunities to learn and grow in the past 10 years and have reached this high level post through the training and support I’ve had access to.”