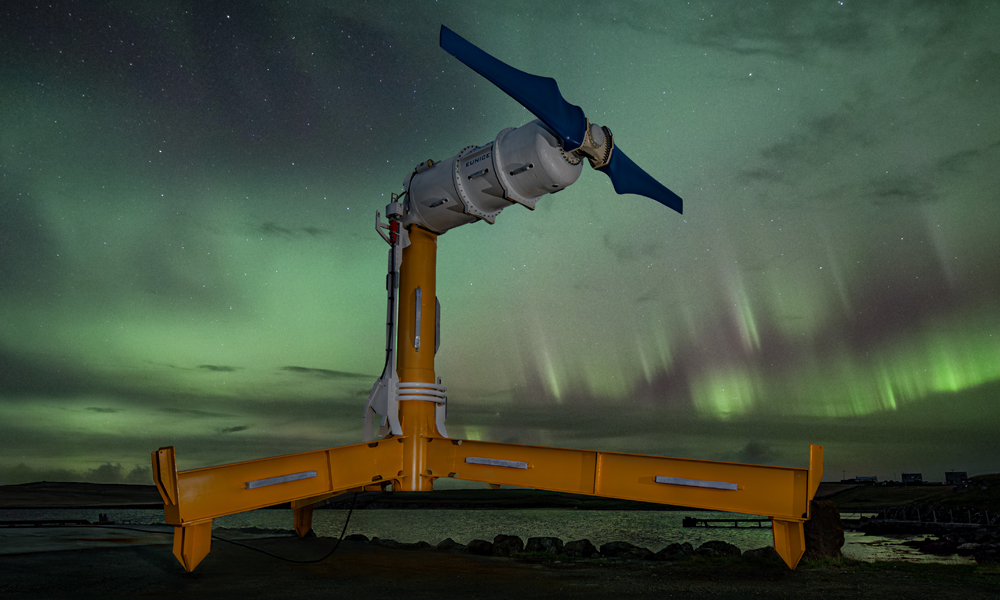 The UK government has announced it will invest £20m a year in tidal stream technology as part of its renewable energy auction scheme.

The government will ringfence the investment during the fourth allocation round of the Contracts for Difference Scheme (CfD) due to open next month.

Simon Forrest, CEO of Nova Innovation, said: “We are delighted that tidal stream energy has been recognised by the UK Government as a core part of the UK’s green industrial revolution.

“The ring-fenced investment will deliver a route to market for tidal energy companies such as Nova Innovation and Atlantis Energy – turbocharging the delivery of tidal energy across the world.”

Graham Reid, CEO of Atlantis Energy, added: “We would like to thank all who have championed our industry and believed in the global role tidal stream energy can play in the fight against climate change. We look forward to continuing to work in collaboration to deliver our ambition of more turbines in the water.”

The funding aims to give the tidal energy sector a chance to develop technology and lower costs.

The government said that history has illustrated the effectiveness of the scheme’s design in keeping costs down. Between the first allocation round in 2015 and the most recent round in 2019, the price per unit (MWh) of offshore wind fell by around 65%.

Kwasi Kwarteng, UK Business and Energy Secretary, said: “As an island nation we are perfectly placed to capitalise on clean marine energy, building on our booming offshore wind sector which is now a British industrial success story.

“We hope to see marine energy follow in the successful footprints of other renewable technologies, where we’ve seen costs fall dramatically in recent years thanks to UK government support.

“The investment today provides a major push for tidal power to become a key part of the next generation of renewable electricity projects needed to strengthen energy security as we work to reduce our dependency on volatile fossil fuels.”

Alister Jack, Scottish secretary, added: “This UK government allocation of funding for the tidal industry in Scotland, and across the UK, is tremendous news.

“Harnessing the powers of our seas is a vital step in our transition to the use of greener, cleaner energy and underlines the UK government’s commitment to create and protect highly-skilled jobs while on our journey to net zero by 2050.

“With strong wind and solar power industries in the UK it is the natural next step to explore our tidal energy capabilities. It’s an exciting development in supporting of our domestically-produced renewable energy sources.”

Read next: Eight energy megaprojects under construction in the UK