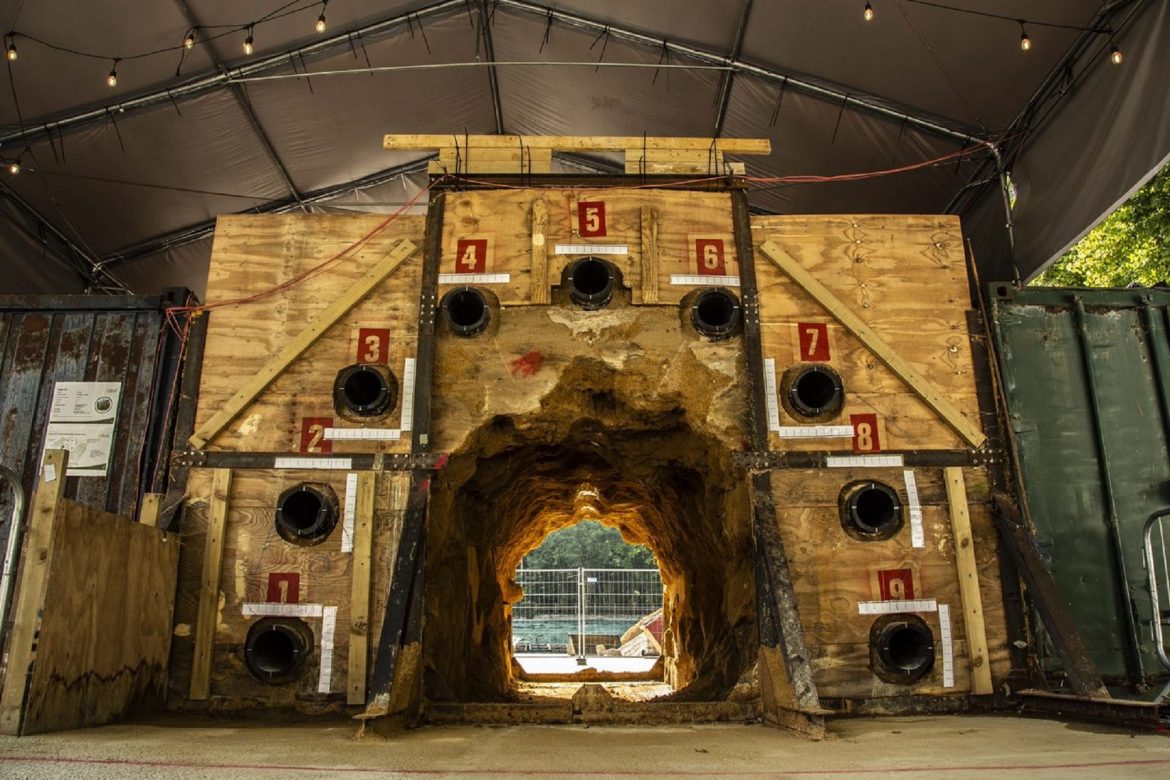 Hampshire-based startup hyperTunnel has revealed what it says is the world’s first underground structure built entirely by robots.

Peak XV was delivered as part of a project for Network Rail and revealed at the British Tunnelling Society Conference & Exhibition in London.

The project aimed to demonstrate the potential of emerging technologies such as swarm robotics, 3D printing and AI to make tunnel construction faster and more efficient.

The proposed method involves injecting the lining of a tunnel into the ground and then removing the waste using a swarm of small autonomous robotic vehicles. The process is supported by the creation of a digital twin of the tunnelling site.

HyperTunnel says that its automated construction method will be able to build tunnels more than 10 times faster and at half the cost of conventional methods, without any human needing to enter the structure during construction.

The Network Rail project has been demonstrating the hyperTunnel process, investigating the technologies that are key to low-disruption tunnel repairs for the UK’s regional railway infrastructure, which includes approximately 650 Victorian age tunnels.

FEATURED: Weaving robotics into the fabric of construction

“However, we want to reduce the level of disruption to our passengers so we are constantly searching for new approaches to enlarging or repairing tunnels that reduce the length of time a tunnel will be closed to trains.

“Peak XV moves us a step closer to that goal and, crucially, with a method that reduces workforce safety risk.”

Steve Jordan, co-CEO and co-Founder of hyperTunnel, said: “To unveil our first large scale demonstration tunnel is a big step, not only for hyperTunnel, but for the tunnelling and construction industries which are eagerly anticipating the readiness of our approach to use, as appropriate, in their global projects.

“While using robots exclusively to build underground structures is dramatically different, the contributing technologies, such as digital twins, robotics, 3D printing and digital underground surveying, supported by AI and VR, are all well-proven in other industries. In fact, the hyperTunnel in-situ method is all about de-risking construction projects.”

The company also received a financial investment from VINCI.