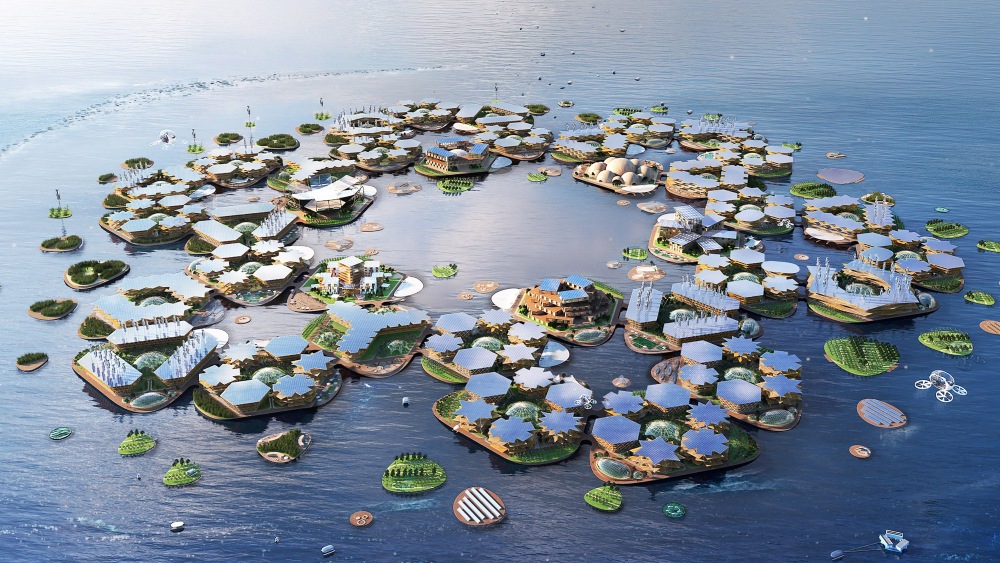 The UN-backed project has been proposed for the seas off Busan in a bid to pioneer a new mode of living amid climate-related sea-level rises.

The aim is to have the first platforms in the water by 2025.

Although the size of the city’s first iteration has not been determined, the cost is expected to be in the region of $200m (c.£150m).

The plan is to build a city made from hexagonal modules that would be stable enough to resist a category five hurricane.

According to media reports, the plan is to assemble the city over 75ha with an initial population of 10,000. The hexagons would be grouped around a central harbour and made up of “villages” of up to 1,650 residents.

In Busan, architectural firm Oceanix will begin collaborating with local designers to tailor the prototype to the local environment.

Oceanix plans to unveil the results of those efforts at a second UN roundtable in April 2022. After that, the team would start engineering the platforms and working its way through the approval process.

Oceanix Co-Founders, Itai Madamombe and Marc Collins Chen, said: “Sea level rise is a formidable threat, but sustainable floating infrastructure can help solve this looming catastrophe. We are excited to make history with Busan and UN-Habitat in ushering in humanity’s next frontier.”

Maimunah Mohd Sharif, UN-Habitat Executive Director, said: “Sustainable floating cities are a part of the arsenal of climate adaptation strategies available to us. Instead of fighting with water, let us learn to live in harmony with it.

“We look forward to developing climate adaptation and nature-based solutions through the floating city concept, and Busan is the ideal choice to deploy the prototype.”

Park Heong-joon, Mayor of Busan said: “With the complex changes facing coastal cities, we need a new vision where it is possible for people, nature and technology to co-exist.

“There is no better place than Busan to take the first step towards sustainable human settlements on the ocean, proudly built by Korea for the world.”

Oceanix is in talks with at least 10 governments about building more floating cities.