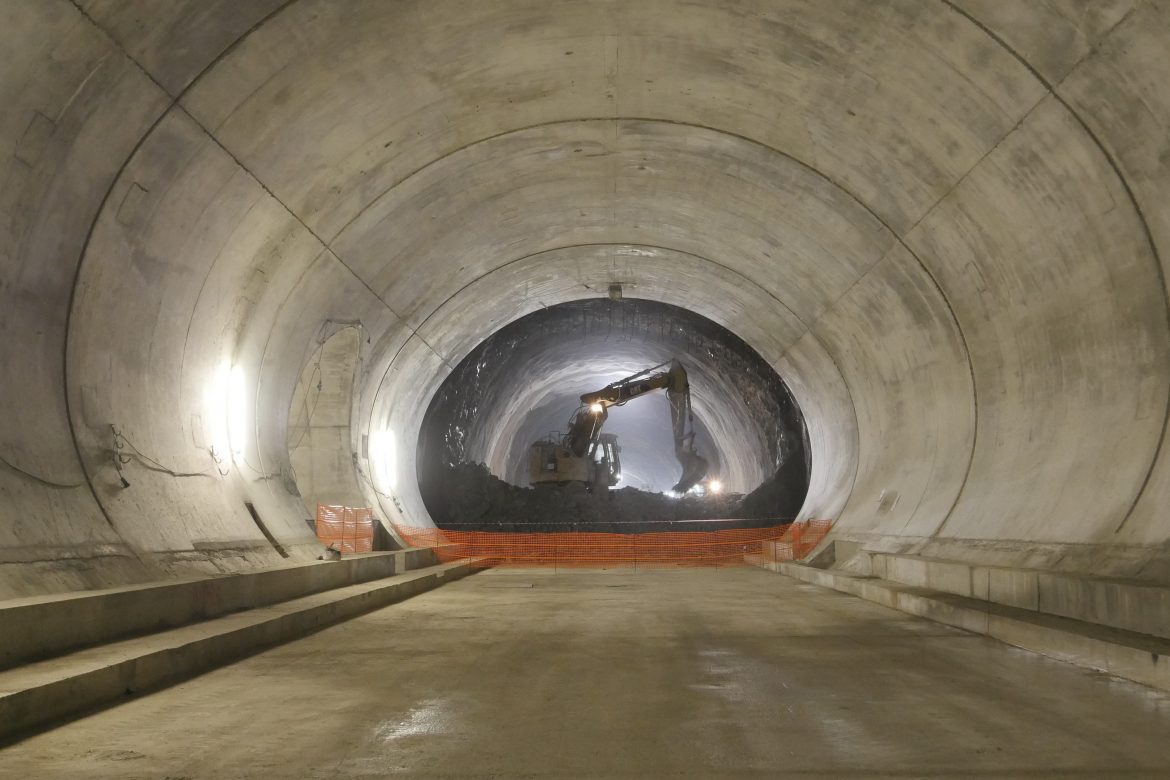 Work has now begun on one of the biggest sections of the Brenner Base Tunnel.

Linking Italy and Austria under the Alps, the tunnel will stretch 55km and will be the longest underground railway in the world once completed.

It will become an essential part Trans-European Transport Network (TEN-T), linking Scandinavia to the Mediterranean.

Commissioned by BBT SE, the latest phase of work is being carried out by Italian contractor Webuild and its Swiss subsidiary CSC Costruzioni with joint-venture partner Implenia.

This phase of construction is expected to create up to 400 direct jobs and more than 1,000 for third parties.

It involves the construction of the railway from Gola del Sill near the city of Innsbruck in the north, to the town of Pfons further south. This phase will contruct 22.5km of two main parallel tunnels, with 38 cross passages.

It also involves the creation of an underground emergency stop at Innsbruck, access tunnels, exploratory tunnels, and parts of other secondary tunnels. There will also be the construction of a bridge over the Brennero A13 highway.

The work sites are designed to reduce travel times for the transport of materials. Measures will be put in place to reduce dust and noise caused by vehicles, and the water used during construction will be treated before being returned to the environment.

Webuild is already working on other sections of the Brenner Base Tunnel, including the Isarco River underpass and Mules 2 – 3 in Italy, having completed Tulfes – Pfons in Austria. It is also building the railways between Fortezza and Ponte Gardena, south of the tunnel.

The company and its subsidiaries are working on 15 projects what will become part of the TEN-T network. Together these total about 400km of roads and railways linking five transport corridors across Europe.

Image: Excavating the Brenner Base Tunnel