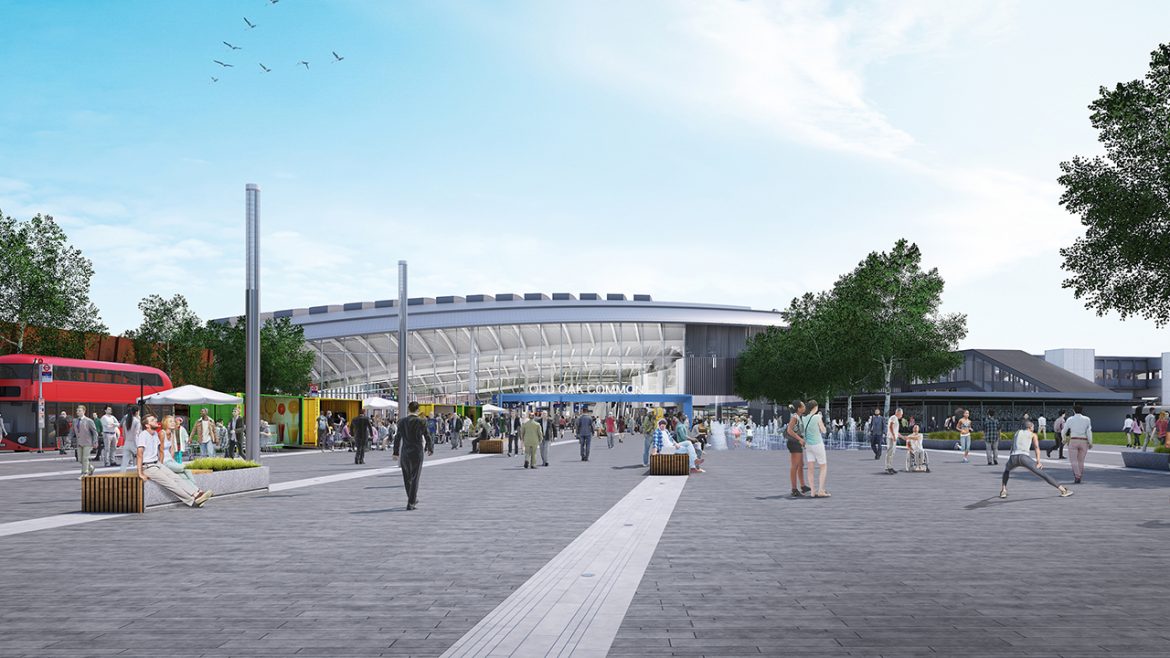 The Transport secretary has said the first phase of permanent construction on the London Old Oak Common HS2 station can now begin.

Earlier today, Grant Shapps gave the green light to commence construction, which will begin with a 1.8km-long underground diaphragm wall that will form the station’s ‘underground box’.

Six HS2 platforms will eventually sit on the box.

A Balfour Beatty-Vinci Systra joint venture will build the £1bn ‘super hub’ station, which will support an estimated 2,300 jobs on the site at peak construction.

Piling rigs will also install 160 reinforced concrete columns inside the wall to help form the box and support the structure.

Nigel Russell, project director of BBVS JV, said: “With many more years of work ahead, we are proud to be delivering one of Britain’s largest, connected, and sustainable railway stations while simultaneously stimulating the local economy.

“Through our work, we are providing numerous employment opportunities for local people, as well as offering 250 apprentices the opportunity to start their career on the UK’s most exciting engineering project.”

The station will be served by trains from Wales and the south-west of England.

Following the first phase to create the 750,000m3 box, work on the eight overground platforms will begin.

More than 1,600 concrete piles will be installed into the ground on which the station superstructure and overground platforms will sit.

The station’s lightweight roof structure – which has been designed to minimise the use of materials and allow the flow of natural light – will cover the area of three full-sized football pitches.

Solar panels will cover much of the roof.