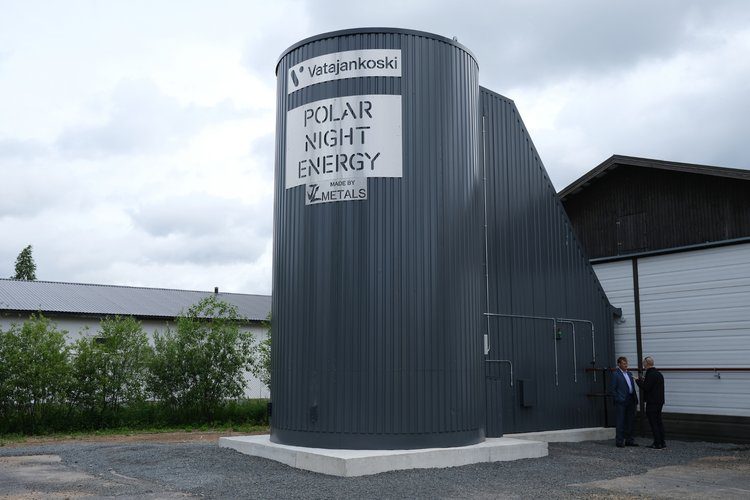 Finnish researchers have installed the world’s first fully operational ‘sand battery’ that can store renewable energy for months at a time.

The company behind the project, Polar Night Energy, recently opened the facility at the Vatajankoski power plant in Kankaanpää, Finland.

The sand stores the heat at around 500C, which is then used in winter to heat the city’s homes, offices, and even the local swimming pool.

The actual heat storage plant is a four metre wide and seven metre high steel container that has an automated heat storage system and a hundred tons of sand inside.

Vatajankoski also uses the sand battery to prime the waste heat recovered from their data servers which are intended for high-performance computing.

Depending on the season, the temperature of the 60-degree waste heat from the servers must be raised to 75–100 degrees before it is fed into the district heating network.

Markku Ylonen, one of the two founders of Polar Night Energy, said the new battery marked a milestone for a low-cost technology.

“Many of the components can be bought off the shelf,” he said. “The intelligence of the system lies more in the design part — in the plumbing and in how we model how the heat will be stored.”

The aim now is to build much larger versions. “If we scale it up, it’s really beneficial for us in terms of physics,” he added.