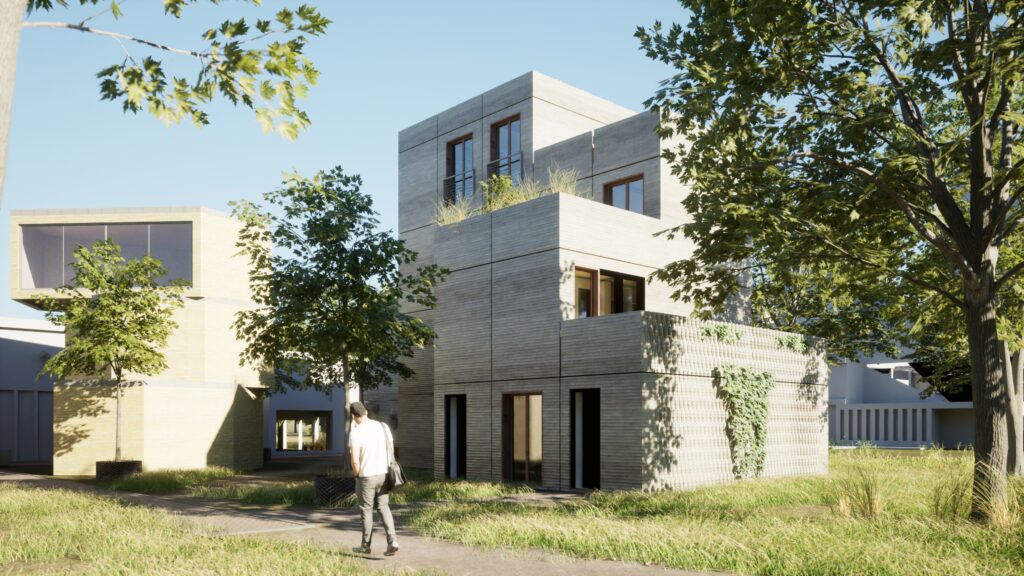 CyBe, a 3D construction printing firm based in The Netherlands, has announced its plans to build what it says will be the world’s first 3D printed four-story apartment.

The apartment will be constructed in the Dutch city of Eindhoven – one of Europe’s biggest tech hubs – in collaboration with housing developer Lab040.

CyBe plans to construct the apartment using the Prefabricated Prefinished Volumetric Construction (PPVC) method, where elements of the building are 3D printed in a factory setting and then transported to site to be assembled.

The firm says these modules can be delivered to the construction site in a variety of states – from basic structural blocks to fully finished apartments complete with amenities, cutting construction time in half.

The assembly process is quick and maintains the concrete’s inherent benefits such as providing fire resistance, sound absorption, and thermal mass.

CyBe is the legacy of Hendriks Construction, a 100-year-old Canadian construction company. Led by Berry Hendriks, CyBe and CyBe Construction were established in 2013 to cater to the emerging market for 3D printed structures.

Details regarding a start and completion date for the Eindhoven 3D printed apartment project have yet to be announced.