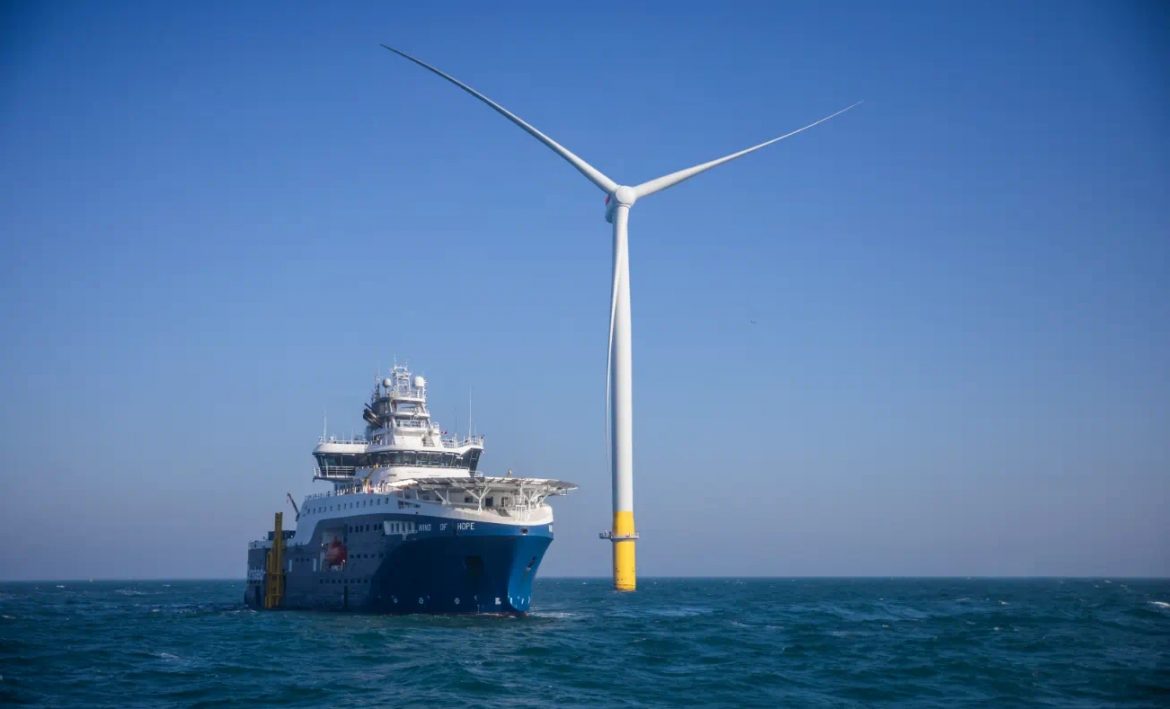 The Hornsea 2 project can generate enough electricity to power about 1.3 million homes – that’s enough for a city the size of Manchester.

It is the latest step forward for the Hornsea 2 project, which generated its first power in December 2021.

The development comes as Europe attempts to reduce its dependence on Russian fossil fuels, including gas, following the Kremlin’s invasion of Ukraine in February.

“Current global events highlight more than ever the importance of landmark renewable energy projects like Hornsea 2, helping the UK increase the security and resilience of its energy supply and drive down costs for consumers by reducing dependence on expensive fossil fuels,” said Duncan Clark, head of the U.K. region at Orsted.

Hornsea 2 has taken the title of “world’s largest” from its neighbour Hornsea 1. It covers an area about four and half time the size of Liverpool.

With even larger projects under construction nearby in the North Sea it’s unlikely its title will last long. The Dogger Bank wind farm, which when fully built will be able to power 6 million homes, is due to power up next year.

Each of the 165 turbines in Hornsea 2 stands about 200m tall from the sea level to the top of the 81m blades.

In the UK government’s latest auction round in July, 11 gigawatts of renewable energy was commissioned which is enough to power about 12 million homes.

As part of it’s net zero targets the government has committed to de-carbonising electricity generation by 2035, with offshore wind playing a crucial role.