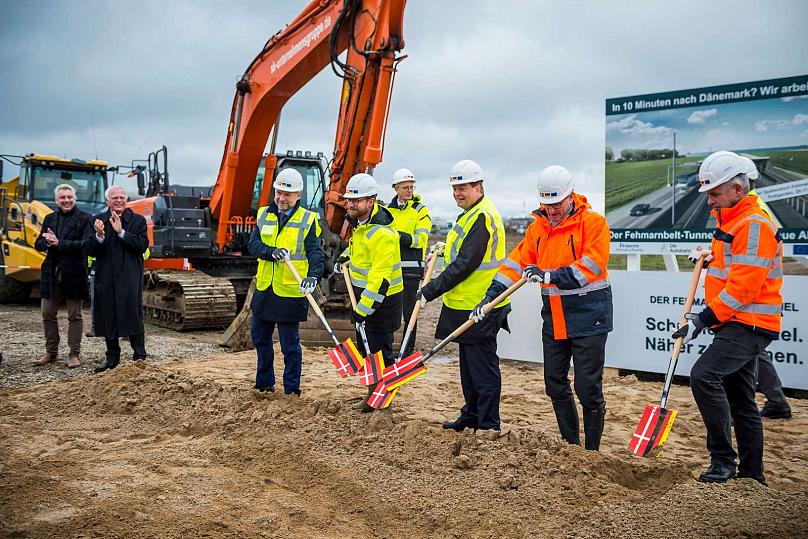 Construction work has begun on the German side of an underwater tunnel connecting Germany and Denmark.

Danish firm Femern A/S claims it will be the world’s longest road and rail tunnel.

The tunnel will reduce train journey times between Hamburg and the Danish capital Copenhagen to under three hours.

Work has already begun on the Danish side but it wasn’t until this week that construction began on the German side in Puttgarden.

Benny Engelbrecht, Danish transport minister, said: “The Fehmarnbelt connection is an incredibly important construction project for both Denmark and Germany, indeed for the whole of Europe.

“It is a milestone in the long history of the Fehmarnbelt connection, and I am glad that today we have put the shovel in the ground in Puttgarden, so we are now working on both sides towards the common goal.”

Enak Ferlemann, parliamentary state secretary at Germany’s transport ministry, said: “This is one of the largest and most important transport infrastructure projects in Europe in the current decade.

“It helps Europe grow closer together and promotes the development and exchange of business, science and tourism.”

Bernd Buchholz, German transport minister, added: “The Fehmarnbelt tunnel is not only moving Copenhagen closer to Hamburg, it is also having an enormous impact on Schleswig-Holstein.

“Model calculations show that, due to the improved transport infrastructure, considerable employment growth can be expected in the Ostholstein district alone.”

It is expected to take cars 10 minutes and trains seven minutes to travel through the 18km tunnel.

Read next: Five ways augmented reality is changing the fabric of construction