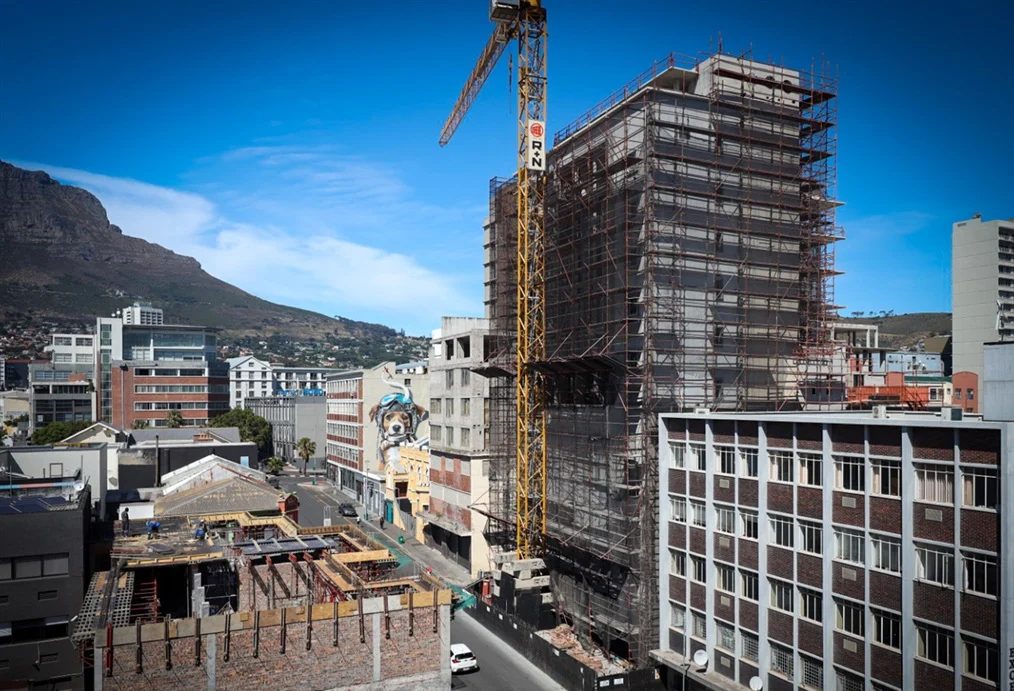 A 12-storey building in Cape Town, South Africa, has been declared as the world’s tallest structure built using hempcrete blocks.

Hempcrete blocks are made of hemp shiv – the chopped up, woody core of the cannabis plant – and a formulated lime mixture.

The building, located on 84 Harrington street in the city’s central business district, was bought in 2016 by Duncan Parker, the co-founder of Hemporium, a local hemp company.

The building, which recently reached its maximum height, will feature 50 apartments, a hotel, a restaurant, and a flagship store for the Hemporium brand.

The construction project comes amid fresh plans to commercialise and industrialise the cannabis industry in South Africa, with government highlighting the sector’s potential for employment and benefits to the economy.

Afrimat, South African building material supplier, was involved in the project through its subsidiary, Afrimat Hemp, which is dedicated to carbon-neutral construction and unlocking value in the industrial hemp sector.

Afrimat Hemp has developed its own formulated lime binder for hempcrete and is producing hempcrete blocks at one of its commercial block plants.

The structure was built in partnership with Wolf & Wolf Architects, and was confirmed as the tallest building made of hempcrete in the world by Steve Allin of the International Hemp Building Association.