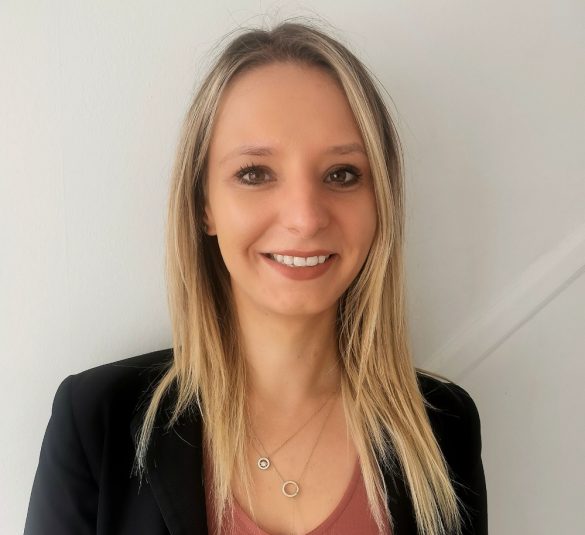 Young women were the stand-out winners at last night’s annual RICS Young Surveyor of the Year Awards, which serve to recognise the most inspiring and influential surveyors aged 35 or under in the UK.

London-based construction professional Mirona Tomala took home the title of UK Young Surveyor of the Year, emerging victorious over a 10-strong shortlist, six of which were female.

There were 10 category winners in total, with female professionals representing almost 40% of those shortlisted, despite making up just 15% of UK surveyors.

Mirona is a languages graduate who worked in electrical wholesaling before qualifying in project management.

She initially worked in the affordable housing sector before moving to Gleeds to work in project management, where she has worked for over three years.

Mirona has been responsible for setting up a training and development strategy in Gleeds, ensuring consistency in skills, knowledge, and competency across the team.

She has personally delivered training to a team of 28 project managers on leadership and communication styles, as well as running focussed sessions for graduates and new starters within the business.

Mirona has been an active member of RICS Matrics London since 2018, taking the vice-chair role in 2021.

She co-founded the International Women’s Day networking event and volunteers for Open House events and careers evenings to share her career journey and passion for the role of a chartered surveyor.

Mirona took home the Project Management award in addition to securing the overall RICS Matrics UK Young Surveyor of the Year title – despite facing stiff competition from other category winners.

RICS Judges said that she was highly deserving of the top accolade for her commitment not only to delivering projects of the highest standard, but also to the wider profession, going above and beyond to develop her team and those in her wider network.

Judges said that Mirona is “a driven and highly effective young surveyor who has a passion for improving the industry and leads by example”.

They added: “Our profession is in a better place for having Mirona in it.”

The winners were announced at an awards ceremony hosted by broadcaster and presenter Jo Ankier on 19 November at the Hilton Park Lane where RICS president Clement Lau opened the evening.

The following young surveyors were recognised for their outstanding career achievements in their respective sectors and disciplines:

They said: “All of our category winners – and their employers – should be incredibly proud of what they have achieved as future leaders of the surveying profession.

“They have demonstrated that they are not only having a profoundly positive impact on their respective markets and workplaces but are also going above and beyond to help ensure our industry continues to have a positive impact on society and attracts and retains the brightest talent.”

RICS Matrics was first established over 130 years ago as a networking and support group for all surveying students, trainees and those with ten years or less experience in the industry.

Entries to the RICS Matrics Young Surveyor of the Year Awards are received from individuals themselves or from employers who have identified young talent within their organisations.