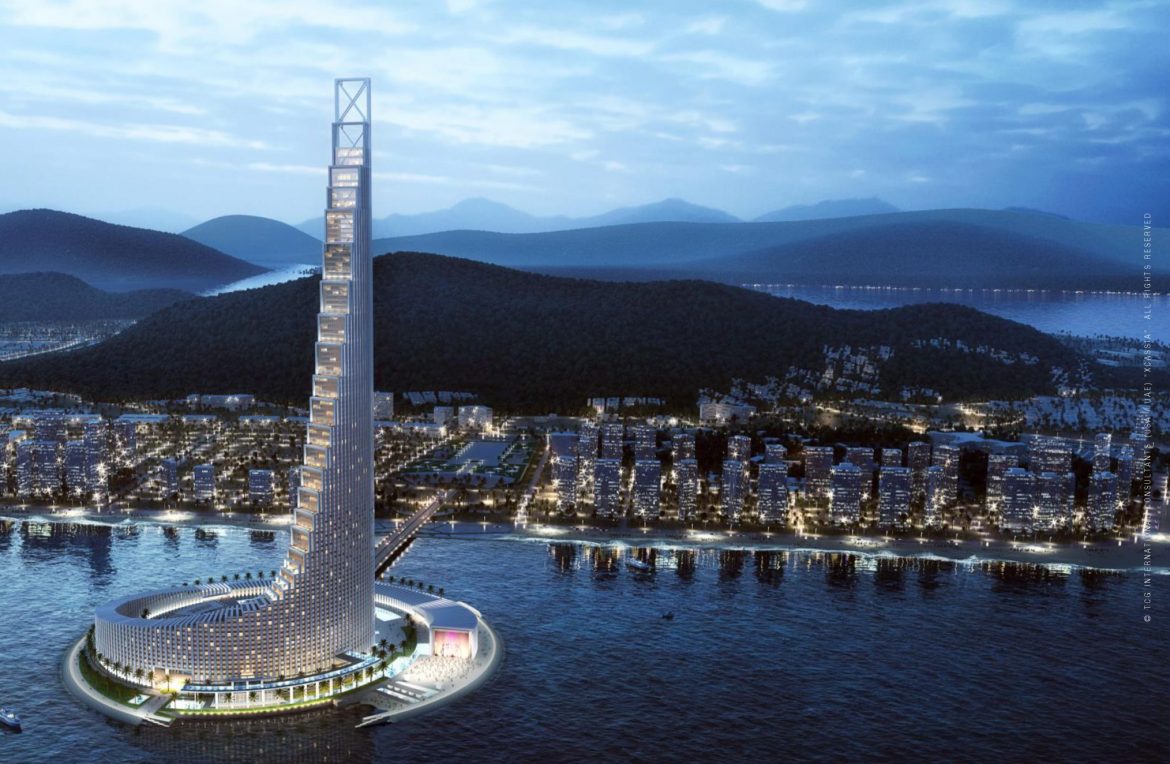 Zanzibar has announced plans for what could become Africa’s second tallest skyscraper.

The Domino Tower, a conceptual skyscraper designed by architect Jean-Paul Cassia for the studio xCassia, will be constructed on the Tanzanian island at a cost of $1.3bn (£940m).

The tower project is being developed by Tanzania’s AICL Group and Edinburgh-based investment company Crowland Management.

Plans for the 370,000 sq. m. building, originally due to be built in Ha Long Bay in Vietnam, show 560 residential apartments and two luxury hotels situated within 360 ‘dominos’ encircling a marina.

In a press release, Youssef Amour, executive chair of AICL group, said: “I dreamed of building this project for over a decade.

“Between its innate mathematical order and geometries found in nature, its pure lines and proportions that evoke growth, progress and freedom, it had all the bearings of an icon anyone could remember and draw on a paper napkin.

“All it lacked was the right visionary investor and site to make it come true.”

Elsewhere on the continent, the Ivory Coast has announced plans to build the supertall ‘F Tower’, which is set to loom over Abidjan’s central Plateau district in a planned new administrative city.

Cairo is building the 385-metre Iconic Tower, which is now more than 70% finished.

No start date has been announced for the construction of the Zanzibar Domino Commercial Tower.