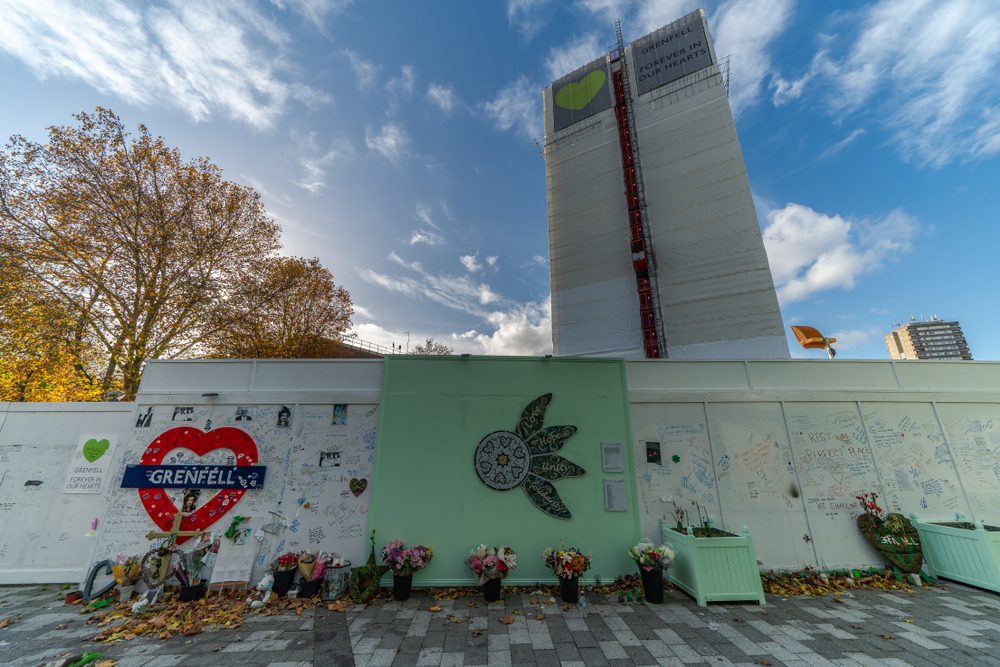 Five years since the tragic Grenfell fire, the government has banned metal composite panels with an unmodified polyethylene core – the type of cladding which allowed the blaze to spread so rapidly.

Previously, the ban applied only to buildings higher than 11m (36ft), but now it will be extended to include all buildings.

There are new restrictions on other combustible materials too, but some will be permitted on buildings under 18m (59ft), subject to a large-scale fire test, the BBC reports.

In addition, all new residential buildings higher than 11m will have to include a secure information box, which will give fire and rescue services access to building details in case of fire, and an evacuation alert system – an alarm that can trigger an evacuation if a fire is out of control.

The changes, announced last week Wednesday, also extend the scope of the ban on combustible materials above 18m to include hotels and boarding schools, which the government had previously chosen to exclude.

The new rules will only apply to future new build projects, not existing properties or schemes that are already under way.

Lord Greenhalgh, Minister for Building and Safety, said:  “We have introduced the biggest improvements to building safety in a generation, under the Building Safety Act.

“It does not end here and I urge the industry act quickly to update their practises in line with these new rules.”

The government first received data demonstrating the danger of polyethylene-cored cladding in 2002.

Read next: What is the Building Safety Bill?