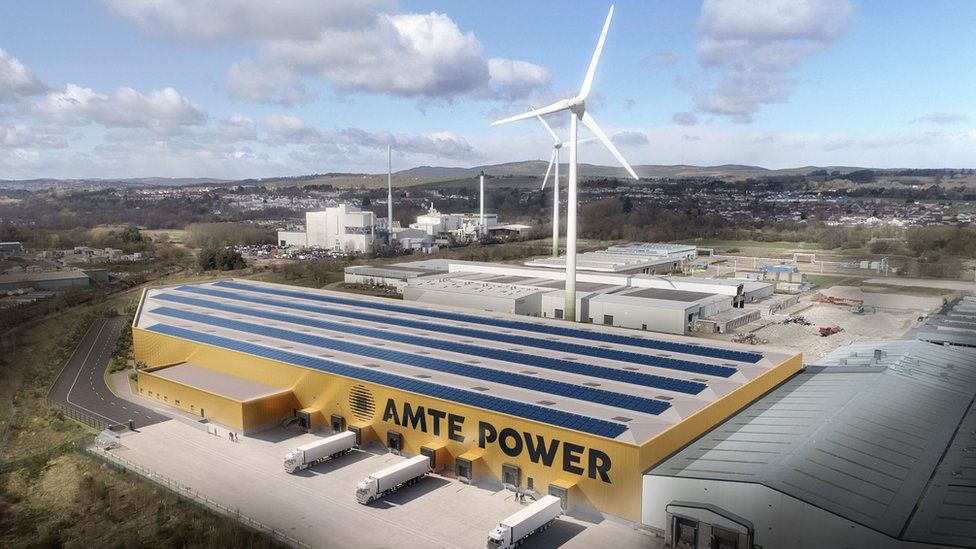 Dundee, Scotland has been chosen as the preferred site of a new battery factory that could create more than 200 jobs.

AMTE Power, which already has a plant in Thurso, said a further 800 jobs in its supply chain could also be created.

The firm has chosen the site of the former Michelin tyre plant, where it says it can be in production within three years.

The company, which develops batteries for high-performance vehicles and large-scale storage, said the estimated investment in the site would be between £160m and £190m.

AMTE Power said it is one of the only companies in the UK currently producing battery cells.

It said the proposed new site at the Michelin Scotland Innovation Parc (MSIP) would ensure the business could rapidly scale up to mass manufacturing volumes, with an estimated production of 25,000 batteries a day.

It estimated that this could result in annual sales of £200m per year at full production.

The firm is in discussions with Scottish Enterprise to help bring the development forward.

It said the site was suited for its battery MegaFactory, due to a highly-skilled local workforce, onsite renewable energy, good transport, links, and commitment from the Scottish government for net-zero manufacturing.

AMTE Power chief executive, Kevin Brundish, said the creation of its first MegaFactory was a “quantum leap” for the company.

He continued: “The site at Dundee is the ideal location for a MegaFactory. It has local industry knowledge and is close to our current and future customers in energy storage.”

John Alexander, leader of Dundee City Council, added: “All partners are committed to delivering on the vision that we had for MSIP following the closure of the tyre factory.

“AMTE’s proposed MegaFactory is a great fit with that vision, and would build significantly on the successes that have already been achieved in securing tenants for the Parc.”

Read next: HOK modular housing scheme gets the nod